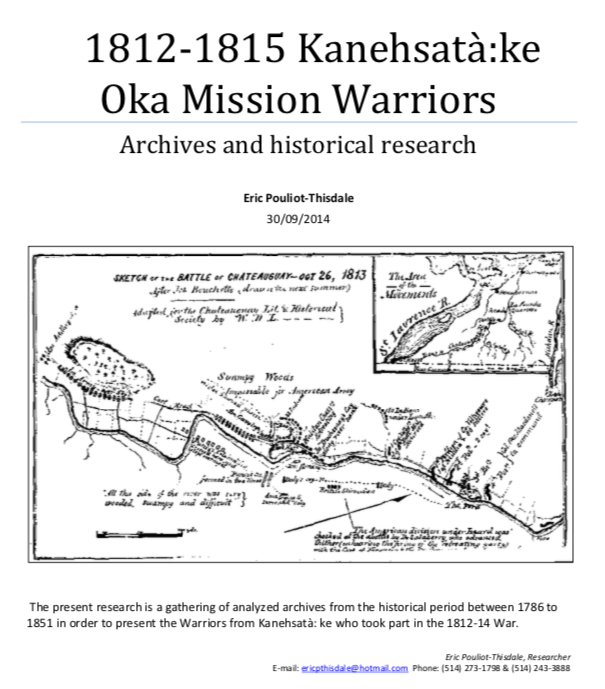 
For the present research, archives from the historical period between 1786 to 1851 were analyzed in order to get a glimpse about Warriors from Kanehsatà: ke who took part in the conflicts of 1812-14 War, considering that most historians previously associated them with Caughnawaga militias.

Of course, not only Mohawks took part in the militia associated to the British Crown against the United States in Lower-Canada, but many other First nations such as the Algonkins of Ottawa and St- Maurice, and the Abenakis of St-François-du-Lac and Becancour were involved as voluntaries as well. They were supervised by a hundred officers from both Canada’s who acted as agents, and interprets. They had to wear a proper uniform in order to avoid being mistaken as American by natives fighting on the USA side. The « Corps of Savages» as it was depicted, was created in these matters by the Superintendent and inspector general Sir John Johnson and the Superintendant, Louis de Salaberry.